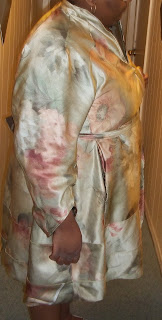 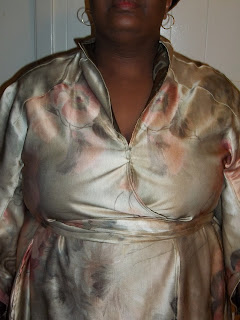 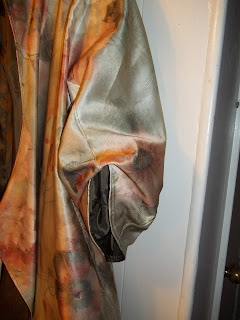 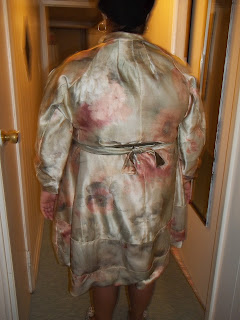 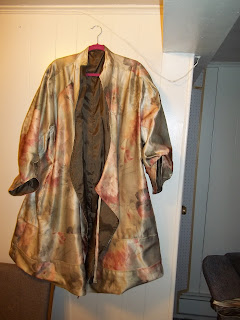 Well this has been a disappointing outcome. There is a great deal of distortion in the fabric which I believe is caused by the lining. I think I should of underlined it instead of doing what was recommended. There was a good amount of adjusting and cutting which I think lead to this outcome. The collar is floppy because I didn't interface it, the closing is done half assed. The bottom of the skirt is bunched upwards, one of the pockets sticks out awkwardly....it is just a mess. It says homemade all over it.
My husband hates the dress, he suggested in a very direct manner to start over again. Because it is garbage. I think for the sake of my sanity. I will be sending this one to a tailor. It was way too costly and took to long for me to just throw it away.
Anyway that's it for right now.
Later,
A.S.
Posted by Ambitious Sewer at 9:01 PM

Sorry your dress did not turn out as you had hope. The fabric is beautiful. Thanks for being transparent. It really helps to know that I are not alone in Wadderville USA.

Your robe has a calgary sewer-esque look to it. But I guess it's alright.